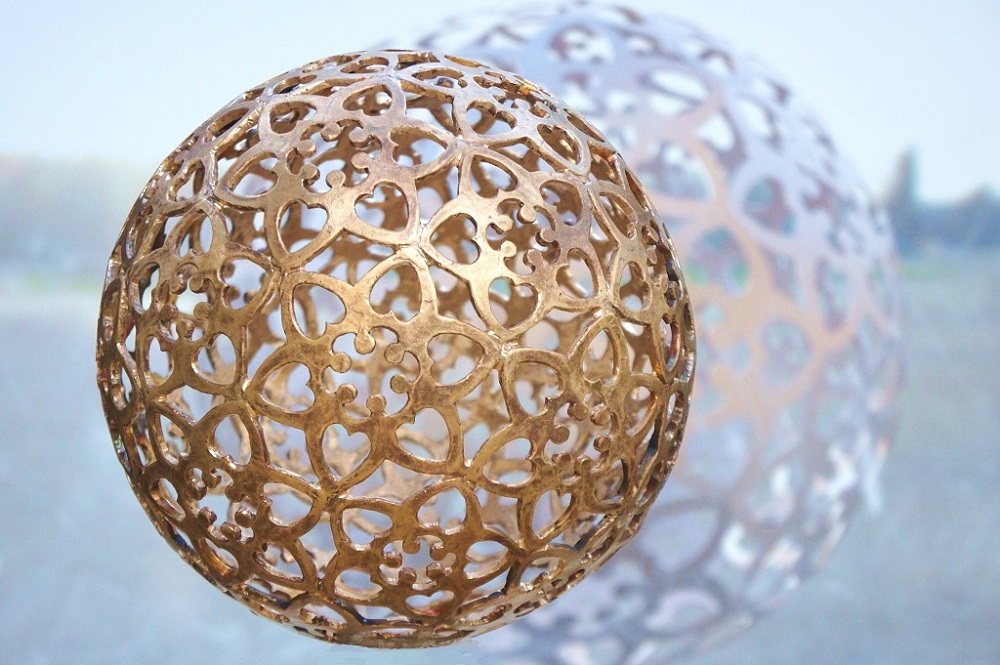 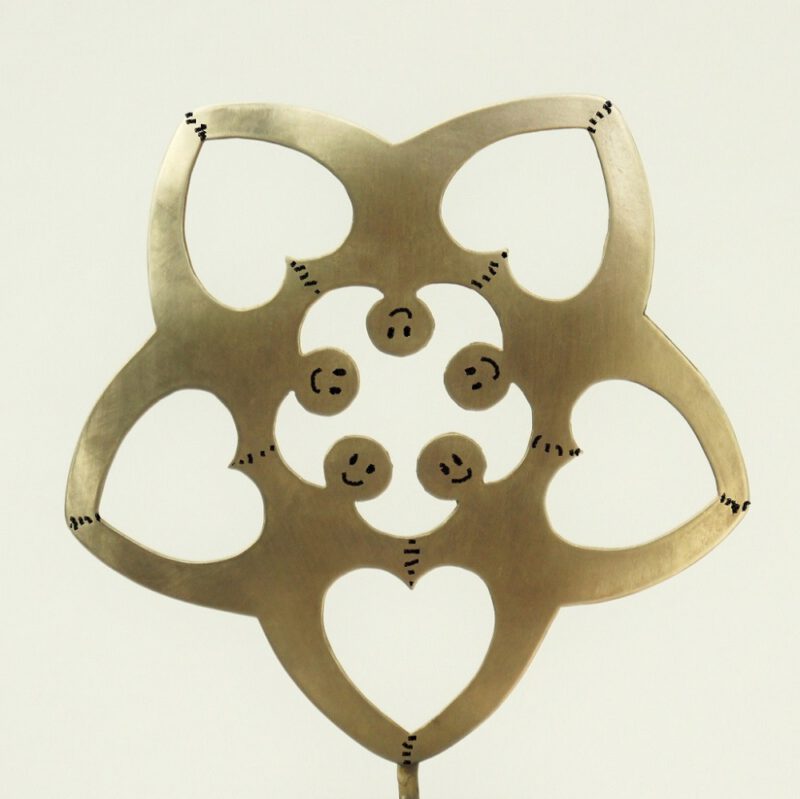 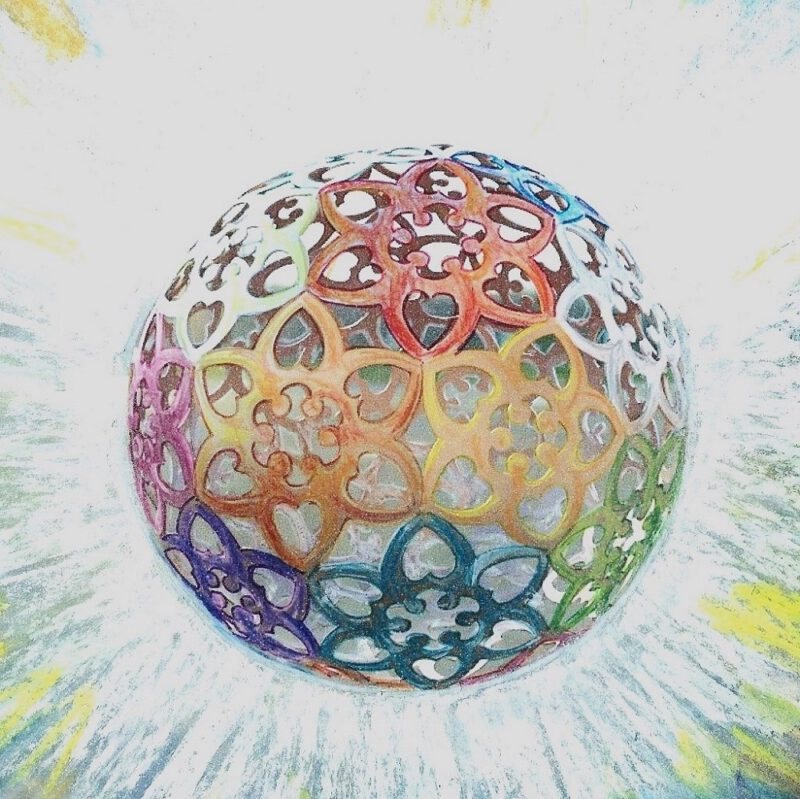 “a world of love & connectedness”

Life on earth in harmony with one another, with nature and the universe is symbolically imaged in this bronze globe.

Many think harmony is illusory due to current conflict. I prefer to focus on the general feeling of connectedness and the increasing number of people trying to achieve a peaceful and sustainable world.

Initially I developed the symbol that represents five people in a circle with little hearts in between. It refers to the love and connection between individuals.
It may concern the nuclear or extended family, friendship,  teamwork or networks.
On a larger scale it refers to groups, tribes, peoples or countries.
The flowerlike image reminds us that we are part of nature.
The similarity to a star reminds us that we are made of stardust
and thus part of the universe.
Besides, five is the number of the five elements
Finally, the design is a pentagram, an ancient symbol.

Out of 32 of these designs I assembled a globe based on the holy geometry of pentagons and hexagons. Thus I create a world of people living and working  harmoniously  together.
Illusion or reality? It is up to us to make it come true!